The Sacrament of Confession 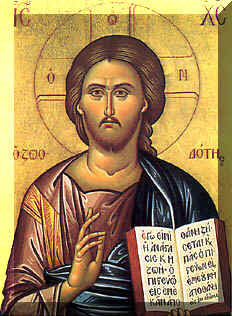 Sacraments are outward signs instituted by Christ to impart grace to the soul. The key piece in this is that they were put in place by Christ. There is power in everything that Christ did, and told us to do.
Confession (also called the sacrament of reconciliation or penance) is the process of meeting with a priest to walk through a set of prayers and list the serious sins you have committed since baptism or since your last confession (if you’ve had one). A good way to prepare for confession is to review the Ten Commandments and the beatitudes, and see where you have been failing.
The sacrament of confession has been a practice of the church from the very beginning. The fathers of the church called confession “the second plank of salvation after the shipwreck of the loss of grace”. (The first plank is baptism, by which all our sins are forgiven.)
Alexander Schmemman says:
“The sacrament of penance… is the power of baptism as it lives in the Church. From baptism it receives its sacramental character. In Christ all sins are forgiven once and for all, for He is Himself the forgiveness of sins, and there is no need for any ‘new’ absolution. But there is indeed the need for us who constantly leave Christ and excommunicate ourselves from His life, to return to Him, to receive again and again the gift which in Him has been given once and for all. And the absolution is the sign that this return has taken place and has been fulfilled.
Just as each Eucharist is not a ‘repetition’ of Christ’s supper but our ascension, our acceptance into the same and eternal banquet, so also the sacrament of penance is not a repetition of baptism, but our return to the ‘newness of life’ which God gave to us once and for all.”
A sermon by St. Leo in the fifth century reads: “The omnipotence of the Son of God, whereby through the same essence He is equal to the Father, would have been able by the mere command of His will to rescue the human race from the domination of the Devil, if it had not been better suited to the divine operations to conquer the opposition of the enemy’s wickedness by that which had been conquered, and to restore our natural liberty through that very nature through which a general captivity had come about.”
God chose to use human beings, first Christ, then His priests, to administer His freedom. For physical healing He often works through doctors. For spiritual healing He works through priests, who administer the healing sacraments Christ gave to the church for this purpose.
We are part of a church which has been handed down directly from Christ, through Peter, in a direct line of succession via the laying on of hands in ordination. There is power in the authority of those who Christ himself has touched and equipped.
Many of us don’t really understand the idea of apostolic authority. Interestingly, Jesus ran into the same objections!
Christ said to the sick man with palsy: "Thy sins are forgiven thee." "And there were some of the scribes sitting there, and thinking in their hearts: Why doth this man speak thus? he blasphemeth. Who can forgive sins but God only?"
But Jesus seeing their thoughts, said to them: "Which is easier to say to the sick of the palsy: Thy sins are forgiven thee; or to say, Arise, take up thy bed and walk? But that you may know that the Son of man hath power on earth to forgive sins, I say to thee: Arise, take up thy bed, and go into thy house" (Mark 2:5-11; Mat 9:2-7).
Christ wrought a miracle to show that He had power to forgive sins and that this power could be exerted not only in heaven but alsoon earth. He then transmitted that power to Peter and the other Apostles.
To Peter He says: "And I will give to thee the keys of the kingdom of heaven. And whatsoever thou shalt bind upon earth, it shall be bound also in heaven: and whatsoever thou shalt loose on earth, it shall be loosed also in heaven" (Mat 16:19).
Peter was given the keys you see. Keys to lock and unlock.
The Council of Trent described the sacrament as follows: "So far as pertains to its force and efficacy, the effect of this sacrament is reconciliation with God, upon which there sometimes follows, in pious and devout recipients, peace and calm of conscience with intense consolation of spirit".
How wonderful that sounds! “Intense consolation of spirit”!
St. John Chrysostom pleads eloquently with the sinner: "Be not ashamed to approach the priest because you have sinned, nay rather, for this very reason approach. No one says: Because I have an ulcer, I will not go near a physician or take medicine; on the contrary, it is just this that makes it needful to call in physicians and apply remedies. We priests know well how to pardon, because we ourselves are liable to sin.”
Tertullian wrote of confession and repentance: “Therefore, while it abases a man, it raises him; while it covers him with squalor, the more does it cleanse him; while it condemns, it absolves. In so far as you do not spare yourself, the more, believe me, will God spare you!”
The idea of confession is hard. It’s embarrassing. But it makes you think about the doors you allow to be opened, and through the graces received, shut them back up.
The sacrament of confession can be a very powerful tool in resisting the enemy and staying spiritually clean. Please consider availing yourself of it soon.
at 3:51 PM

But wait, there's more! With the laying of the hands, does that mean that people not ordained in the Roman Catholic Church cannot heal? Is it truly the Microsoft of religion (to quote Stephen Colbert) because it has the secret code that others cannot access or replicate??

I don't mean to be a heckler. Your writings are really intriguing to me.

Apologies for the long delay! I was at the cottage, saddled with dial-up, and am catching up now on this and that.

To respond to your question: God can choose to heal however He wants, through whomever (whoever?) He wants. In the priesthood there is a special office of healing however. Given that I am charismatic as well as sacramental, I have a strong faith in the power which the Spirit conveys through the sacraments including those of Holy Orders. In the Catholic church (and other churches which maintain valid apostolic succession), priests receive a special power and authority through the laying on of hands which has traveled down from Christ through His bishops throughout the ages.

So can others provide spiritual healing? Yes, if God chooses it. But in the priesthood there is a special office of healing, a special unction, and a special authority which Christ conveyed as He gave Peter the keys. And so when a priest administers the sacrament of confession/reconciliation, the receiver is spiritually changed through it, and commissioned (strengthened) to better fight the next time an occasion of sin arises.

Apologies again for the delay! And feel free to heckle away.