When the filters to perception are removed 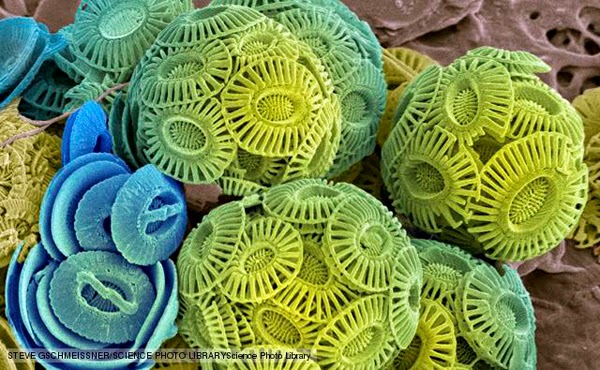 The state between wakefulness and sleep is fecund; dark and loamy. Behind closed eyelids visions blossom, growing the way chrysanthemum fireworks pulse out from a central point into fullness. During a recent sleepless night two such visions appeared. One slipped away from my recollecting almost immediately, but a faded version of the second remains.

It was an image of green, growing things, like succulents pushing out of dark earth. They didn't sprout and bloom before my eyes, instead the fully formed image materialized out of grayness into clarity and then on to something more. It was like looking through the lens of a microscope where the first view is completely out of focus, but then you start zeroing in. The plants grew increasingly defined, the colors grew sharper, the lines between each leaf more intense. The picture quickly moved from non-existence to what I perceive as normal vision, but then kept going. It shifted into an intense clarity, and I knew that I was seeing more than I ever had before. More of what was real. More of what was there. At the same time, I was aware that there was still more to see, and that the dial had been turned up only minutely, offering just a tiny hint at what can be seen through the veil.

The image vanished before I could zoom in further.

In this liminal state a thought also appeared, fully formed. It was the idea that death is the process by which all our filters for perception are removed, when instead of losing contact with creation we are finally able to perceive it as it truly is, on all levels. From electric hazes of energy to swirling microorganisms to the magnetic pull of atomic structures. We will experience a cosmic give and take, exchanges of oxygen and consumption, of rotting and growth and feeding, of colors undreamt of by our limited cones and rods. We will see smells and lie down on a moving bed of cilia.

Perhaps we will watch our bodies decompose and dance with joy at the transformation of matter and energy. Dancing to the song of birds and the roaring of rivers and blood, the percussion of hearts and particles reforming, the silent sound of planets spinning and the burning of the stars.

In death with physicality stripped away and our essence released to join the eternal song of creation, there is no sin or offense, no judgement or worry. It won't matter how many times we lied or how many commandments we broke, if we slept with 400 men or the single, perfect girl. All of that is meaningless in the majesty of the vast, molecular moment. In this state of being there can be no separation from God or each other or the universe.

In awe I inhale your every word...

I certainly do not command the English language as you do....but I think you just described the fact that we do not go from life to death....but from death to LIFE.

LIFE in all caps! Yes!

What a well done story :)