The DaVinci Code, the Gospel of Judas, and Other Heresies 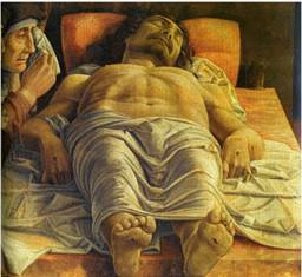 It’s amazing how Satan works to keep God’s people distracted. In the first few centuries one of his favorite methods was stirring up heresy, which was effective in two ways; it led people away from the truth, and it kept church leaders busy officially defining what the truth was to keep people from being misled. He’s using the same methods today; Gnosticism, an ancient heretical mode of thinking, is alive and well and continuing it’s old black magic.
One of the reasons that Gnosticism is finding such a comfortable home in today’s world is the deep spiritual hunger that exists in our culture. People feel the emptiness of the God-shaped hole within them, and search out ways to fill it that don’t clash too harshly with their secular and moral relativistic world view. New-age spirituality where God is in the trees and the rocks and in you and me calls out to them; it satisfies their desire to know there is more beneath the surface, but doesn’t place any demands on their lives. As long as they aren’t “hurting anyone” then God is happy with them and all is right with the world.
The de-deified DaVinci Code image of Jesus as married man and father is a better fit for this group than the crucified Christ. The cross becomes merely an instructive fable rather than something we need to pick up ourselves. The body and blood become symbolic representations of self denial rather than the true consumption of God incarnate.
As Christians we understand that God is not only in the trees and rocks, He also sent himself in the form of a divine human being to interact with us directly. To teach us that he is intimately involved with the humanity of each of us, his children. To allow us a share in the “begotten-ness” of his son.
As part of the Gnostic movements, documents were written to support various views. The Gospel of Judas is one of these documents. It is nothing new. The recently released English translation is not some shocking news that will change Christianity as we know it. It was dismissed as fictional heresy in the second century.
In Book 1 Chapter 31 of Against Heresies (~180AD), St. Irenaeus specifically references the Gospel of Judas. The chapter scathingly describes the wrong-thinking and ill-intent of the authors:
“…with the hope that perchance some of them, exercising repentance and returning to the only Creator, and God the Former of the universe, may obtain salvation, and that others may not henceforth be drawn away by their wicked, although plausible, persuasions, imagining that they will obtain from them the knowledge of some greater and more sublime mysteries. But let them rather, learning to good effect from us the wicked tenets of these men, look with contempt upon their doctrines, while at the same time they pity those who, still cleaving to these miserable and baseless fables, have reached such a pitch of arrogance as to reckon themselves superior to all others on account of such knowledge, or, as it should rather be called, ignorance.”
Other Gnostic documents such as the Gospel of Mary (Magdalene) contributed to the lies perpetrated through Dan Brown’s DaVinci Code (soon to hit the big screen) and its foundational resource Holy Blood Holy Grail.
As Christians we are called to speak truth into this roaring sea of misinformation and outright lies. The key issues to remember are that these documents are not new; they’ve been around since the early days of the church. During the selection of the Canon of documents comprising the Bible, these books were determined not to be divinely inspired, and not to be included as Holy Scripture. In determining canonicity, documents were evaluated to determine if they were apostolic (written by an apostle), were early (as close as possible to the time of the apostles), and were used for readings in the liturgy of the church itself. The gospels of Judas, Mary, Thomas and others did not meet that criteria, and were therefore not included.
At the heart of Gnosticism lies a mistrust (verging on hatred) of the flesh. Spirit alone was held to be godly, and secret knowledge was imparted to those in the know. But God created us in our physicality, and even begat a son in that form. Ancient and modern heresy would have us disconnect the two, and keep “religion” ethereal and disembodied. But that is man’s thinking, not God’s. The mind of man stumbles on the idea of God in human form, and so the story emerges that Jesus survived the crucifixion and went on to marry and have children, somehow fooling the Jewish leaders, Roman authorities, and all the others who faught to discredit the truth.
After all, God is in the clouds and flowers, not walking around among us. If he walks and talks he cannot be God, and all the ritual and tradition of the Church must be fabrication (at best) or conspiracy (at worst). In a way, I understand this confusion. That God would come to us in human form, that he would cook us fish for breakfast on the beach, wash our feet, and die in front of his mother for us is not comprehensible. But the story is true, and we accept it in all it’s shocking fleshliness: through faith. That’s what Holy Week was all about. Jesus’ enfleshment was so important to his mission that he actually commanded us to eat it, and said that unless we do we are without life.
We need to pray that the mind-jarring reality of the incarnation be poured into the hearts of the hungry searchers who are blind in disbelief. And we need to speak truth in a media-driven world filled with lies and distortions.
at 3:56 PM