Forgive me and help me 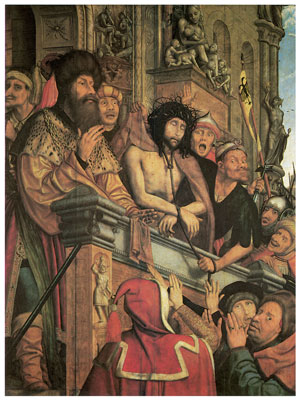 Good Friday services are quiet and dark, no matter the lighting. To fit the mood, last night's music included old pieces which I imagined being sung by medieval voices within echoing stone walls.

It is natural to feel guilty on Good Friday, and so that's where I went. I forced myself to continue exploring my own personal sin-monkey, the grand poobah: pride. Unfortunately my pride takes the most ugly and inexcusable form: it is spiritual.

When I first began this blog I wrote with conviction that the view of spirituality I was exploring was the right one. I thought I had discovered the fullness of faith, and was simply entering into it and trying to share it. The beauty and majesty of what I studied kept me in a state of breath-constricting wonder. All I wanted to do was help others enter into the same place. To share the joy and "rightness".

My desire to share the beauty was good. But the pride I took in my stance was not good.

It is now several years later. The awe continues, but the theology has shifted. Considerably. The Catholicity that I find so gorgeous is under review. Not dismissed, not tarnished, but evaluated. God set me on a road of such strange beauty and love that I have no choice but to revise my understanding.

That revision remains under way. Who knows where it will eventually lead. So far it has led to an increased focus on Christ's teaching of love, and in particular, on His words about the Law.

I find myself engaging in a new form of debate, from a position polar opposite to the one I formerly held.

What I've discovered this Holy Week is that I'm still a judger of right. I'm still full of pride in knowing that opposing Christian views are "wrong".

My focus is now on the love of God rather than on the law of God, and that's good. But my judgementalness is still there, and that's not good. I still yell "Crucify him!" with the rest of the crowd.

Please Lord, help me not to be a pharisee. On your most holy day of resurrection, forgive me and help me.
at 4:51 PM 1 comment:

At today's vestry meeting we pondered the idea of being salt and light. This time, I read a particular phrase differently than I had before:

Matthew:5-15 No one after lighting a lamp puts it under the bushel basket, but on the lampstand, and it gives light to all in the house.


Previously I've just envisioned a basket being plopped on top, and the light being blocked. But for the first time I realized how ridiculous it would be to do what is described. Not simply because it would nullify the purpose of the lamp and waste a precious resource, but because it would be downright dangerous.

What happens if you put a basket over a flame?

Depending on the weave, the fire could go out. There might not be enough oxygen to keep it going. But if the flow of O2 is good the basket could easily catch fire. And the house, which should instead have been filled with light, could be destroyed.

If your salt loses it's saltiness, it is thrown away. Trampled. Returned to dust. Lost.

If your light is hidden under a bushel, your entire existence can be put in jeopardy. Turned to ash. Lost.

So don't do it. Don't hide your light. 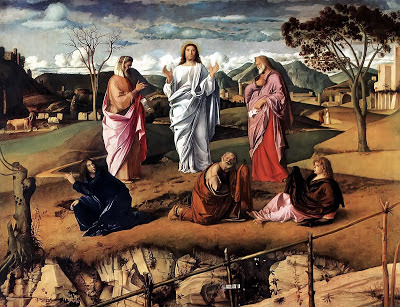 Then Peter said to Jesus, "Lord, it is good for us to be here; if you wish, I will make three dwellings here, one for you, one for Moses, and one for Elijah." (Matthew 17:4)


I heard this passage as part of yesterday's gospel reading. The version we read continued on by stating that Peter didn't know what he was saying.

The cloud came next, out of which the Father spoke, instructing us to listen to His son. Then the cloud lifted, and Moses and Elijah were gone. Only Jesus remained.

Peter wanted to build dwellings, or as other translations call them booths, or even tabernacles. Three of them. One for the law, one for the prophets, and one for this newcomer, this Jesus.

But he didn't know what he was saying. There was to be only one.


Does it ever give thee pause, that men used to have a soul--not by hearsay alone, or as a figure of speech; but as a truth that they knew, and acted upon! Verily it was another world then... but yet it is a pity we have lost the tidings of our soul... we shall have to go in search of them again, or worse in all ways shall befall us. (Thomas Carlyle, Past and Present)

Isn't that something--to know your own soul by hearsay, instead of its own tidings? Why should I let a preacher tell me if I had one or not? If I could believe I had a soul, all by myself, then I could listen to its tidings all by itself.
...
"Did any of you ever think that along about the time the notion of a SOUL gave out, Freud popped up with the EGO to take it's place? The timing of the man! Did he not pause to reflect? Irresponsible old coot! It is my belief that men must spout this twaddle about egos, because they fear they have no soul! Think upon it!" 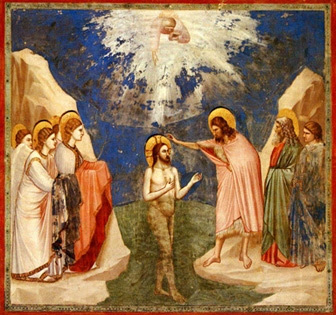